There are all kind of conservationists. One of my favourite kinds of conservationists are artists. I talked about Robert Bateman in my last post – famous for painting animals and bringing attention to species that might need some help from us. Paul Colangelo is another Canadian artist who I was lucky enough to come into contact with last spring and while he might not be as famous as Mr. Bateman, his work is just as amazing. He is a National Geographic Explorer photographer who specializes in environmental issues and wildlife. He recently visited Spain to showcase his portfolio on Stone’s sheep because they are endangered by loss of habitat. He has travelled all over the world. Check out the Wildspeak conference that took place in Salamanca, Spain this month. And if you want to see more of Paul’s work just visit his website.

The photo below was taken in a remote region of British Columbia that is at the centre of a classic exploitation vs. conservation controversy. Check out Paul’s portfolio of the Sacred Headwaters. His website describes the situation the best:

In northern British Columbia, three of the province’s greatest salmon-bearing rivers are formed in a region known as the Sacred Headwaters. The land has one of the largest predator-prey ecosystems in North America, earning it the nickname, “Serengeti of the North,” and is the traditional territory of the Tahltan First Nation.

The Headwaters is at the centre of a dispute between the Tahltan, resource industries, government and environmental groups. Competing interests concerning land use, mining and hunting have created divides and put the future health of the Sacred Headwaters at risk. 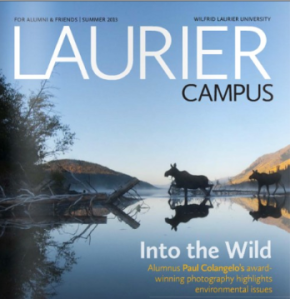